1. Which of the following statements about Humayun is/are correct?

Select the correct answer using the code given below:

2. Which Mughal Emperor had put a ban on killing of animals in certain days?

He put a ban in 1583 on killing animals on certain days.

3. Which one of the following was the original name of Tansen, the famous musician in the court of Akbar?

4. In which among the following cities is located the famous monument Rumi Darwaja?

5. Who among the following are known as King Makers in Indian History?


6. In Sangam age, the term ” Pillai” was used for which among the following?

7. Which among the following was the state emblem of Pandyas?

8. The ruins of Vijayanagar empire are located on the bank of which river?

It’s actually on bank of Tungabhadra ( Hampi ). Considering the fact that it’s not in option and it ultimately met with Krishna, the Answer should be Krishna

9. By which name was Mughal emperor Jahiruddin Muhammad famous?

10. With reference to Maratha administration , consider the following statements:

Which of the statements given above is/are correct?

The Maratha law was based on the old Sanskrit treatises on law like Mitakshara and Manu’s Code and old customs. The influence of the ancient Hindu law-givers is more perceptible than in the judicial system of the Marathas. Hence, 1st statement is correct.

The chief village officer was the Patel who performed judicial, revenue and other administrative functions. He served as a link between the village and the Peshwa’s office. The Mamlatdar in the district set up was Judicial officer. Hence, 2nd statement is incorrect.

The Peshwas employed large number of foreigners in their army. Challenged by European powers, superior in discipline and military skill, the Marathas tried to meet the enemy with the weapons of the enemy. To train their troops the Marathas employed English, French, Portuguese, German, Swiss, Italian, Armenian professionals in their army. Hence, 3rd statement is correct. 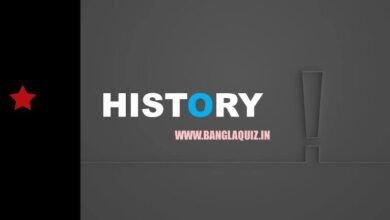